This well-known truck scale leader offers custom-integrated on-board weighing systems and truck scales made to meet the special needs of clients. Walz Scale does not believe in a single size fits all approach, and therefore, they offer a wide variety of accurate scales beyond just on-board systems, such as portable axle scales, wheel weighers, weighbridges, and more.

Walz Scale also meets the demands of many industry users, which include agriculture, transport, waste management, mining, and many other applications. Walz Scale offers its high-tech weighing systems throughout North America, and equips most of the company's truck scales with software integration, ticket printers, and various other accessories for load management.

Vishay Precision Group has earned a global reputation for supply and manufacture of some of the top on-board weighing systems. Having spent 40 years in the business, they have gone through many improvements to fit an international market, offering accurate scales for wheel axle load weighing. 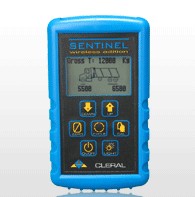 Avery Weigh Tronix is a company focusing on the supply of on-board truck scales. Avery Weigh Tronix provides weighing systems and on-board weighing scales that can accommodate a huge number of vehicles and also weigh them in a short period of time. They offer large heavy-duty mining trucks as well as conveyors to any customer who wants to experience convenience and high productivity.

Cardinal Scale is a supplier that gives on-board truck scales of high quality. They give on-board truck weigh scales which fully fit your needs thereby making them your choice of company anytime you want to shop these items. They have the weigh-in- motion systems set up on freeways. Therefore, you will obtain a great deal if you consider getting them in the course of your purchase.